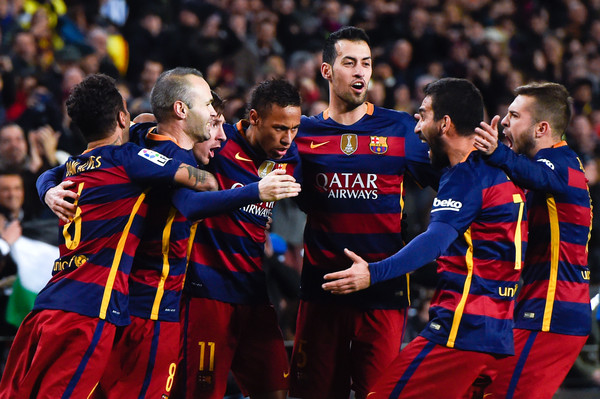 Lionel Messi and Neymar exacted revenge on Espanyol for the weekend’s Liga draw, dismantling their city rivals in a comprehensive win for Barcelona. 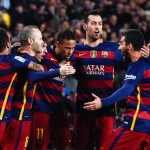 Luis Enrique’s side felt aggrieved at some of the tackling made by Espanyol in Saturday’s goalless draw at the Cornella, with another ill-tempered affair resulting in the visitors to the Camp Nou finishing the match with nine men.

Arda Turan made his long-awaited Barca debut from the start, with Aleix Vidal also coming on as a second-half substitute for his bow for his new club. Otherwise, Luis Enrique stuck with his strongest starting lineup – playing Messi, Neymar and Luis Suarez in attack.

Espanyol took an unexpected lead, however, when Felipe Caicedo made the most of a rapid counter attack by Marco Asensio to finish past Marc-Andre Ter Stegen. Barcelona responded in time, though, underlining their dominance over their closest rivals.