It has been reported that Coventry City have signed Arsenal striker Chuba Akpom on-loan to the end of the season. 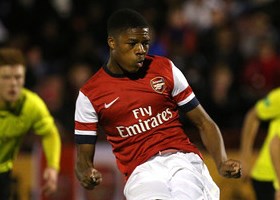 The 18-year-old, who has already made four appearances at League One level this season during a loan spell with leaders Brentford, will team up with Steven Pressley’s side as he looks to gain more valuable first-team experience.