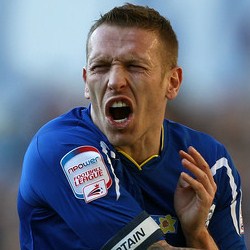 Sensational news are out and it has been revealed that Craig Bellamy is closing in on a return to Liverpool.

The Reds have expressed an interest in the out-of-favour Manchester City striker but Kop boss Kenny Dalglish is reluctant to pay a fee as well as his £90,000-a-week wages.

With that in mind, City chiefs have indicated they may consider settling up the final year of Bellamy’s contract, effectively making him a FREE agent.

And that would make Dalglish interested in doing a deal for the 32-year-old Wales international.

He sees the former Newcastle man as ideal cover for the likes of Luis Suarez and Andy Carroll at Anfield.