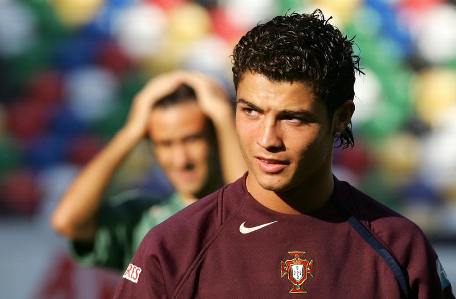 Chelsea midfielder Frank Lampard believes that the exit of Cristiano Ronaldo’s has already given Chelsea the edge over Champions Manchester United.

The Red Devils sold Ronaldo to Real Madrid for a reported 80million this summer and the Premier League champions suffered an early title blow on Wednesday after losing 1-0 at Burnley.

However England international Lampard insists that nobody should be surprised to see United come back to the pack after three straight league triumphs.

The Blues midfielder said said that it is very difficult to replace Ronaldo and that even Sir Alex Ferguson has said it himself and that he will look to replace him.

Lampard also said that Sir Alex will look to make the team strong as a whole by not having him and that it is the only thing they can do.

Lampard also added that he remembers the amount of times he flicked on the telly and saw Ronaldo had scored and United had won one or two-nil. Lampard also said that Messi is probably the only player in the world that could replace Cristiano Ronaldo.

Lampard also said that this is probably one of Chelsea’s big plusses this year as the club did not lose its big players and that the league is probably closer now, which has been a bit of a natural thing over the past few years.

Lampard also said that in United’s case, you don’t want to draw the promoted teams so early in the season. They come out of the blocks to try and get some points.

He also said that the Burnley game wasn’t completely unexpected and that he thought it might be a difficult game for them.

Lampard ended by saying that Chelsea have now got a little bit of a lead over United and Liverpool and that it is nice to get your noses in front.