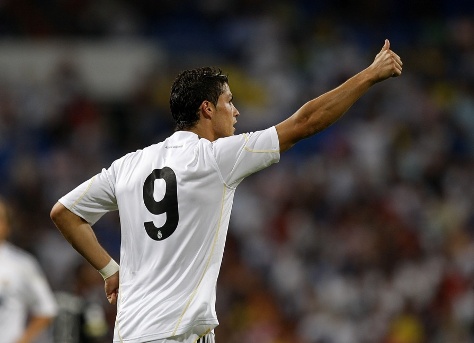 Real Madrid coach Manuel Pellegrini has revealed that star winger Cristiano Ronaldo needs more time to adapt to his new club after the Portuguese international failed to impress during his side’s trouncing of Rosenborg on Monday in the Santiago Bernabeu Trophy.

The manager said that Cristiano Ronaldo needs a little time to adapt to his new team’s style and that every player on the squad is working hard to be fit and play well.

He also added that Cristiano has experienced a change in style and now lives in a different country and he will need a little more time unlike those who already know La Liga.

Spain’s media expressed disappointment Tuesday in Ronaldo, who joined Real from Manchester United last month for a record 94 million euros (135 million dollars), over his failure to score during the match.

Local newspapers reported that the 24-year-old has “struggled to find his place” possibly “because he tries too much to please the public with his technical feats” while ABC said he “spends more time watching the stands than the match itself”.

The comments contrast to the words of praise heaped on French striker Karim Benzema who joined Real from Lyon for 35 million euros last month and who scored twice during the club’s friendly match at home against Rosenborg.