Cristiano Ronaldo Out Injured For 3 To 4 Weeks 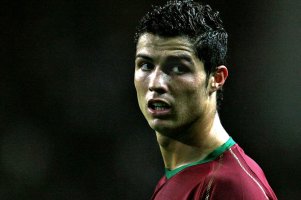 Bad news for all Real Madrid fans as superstar winger Cristiano Ronaldo is set to be sidelined for three to four weeks after he aggravated an ankle injury in Portugal’s 3-0 win over Hungary.

Ronaldo sprained his right ankle in a match against Marseille last month and limped off in the 27th minute on Saturday before returning to the Spanish capital for tests.

A statement from Real Madrid read “A clinical examination and a scan showed the player had suffered a recurrence of the injury to his right ankle,”

The statement also revealed read that “Estimated time out of action is three to four weeks, depending on clinical developments.”

Charlie Davies Believes That The USA Can Win The World Cup