Cristiano Ronaldo Out Of International Friendly With Flu 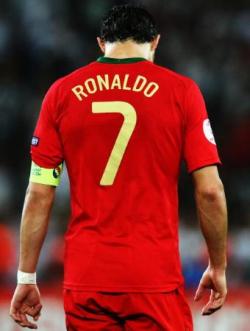 The world’s most expensive footballer, Cristiano Ronaldo is out of Portugal’s international friendly with Liechtenstein on Wednesday after picking up a flu bug.

The Real Madrid winger contracted the virus on the club’s pre-season tour of the United States and he has failed to link up with the Portuguese squad.

Real Madrid have confirmed that the FIFA World Player of the Year is resting at home and undergoing medical treatment.

A statement on the club’s official website said that Ronaldo returned from Washington DC on Monday with a common type of flu and has been told to rest at home and has been prescribed medication.

Portugal coach Carlos Queiroz has called up Lazio winger Eliseu to replace Ronaldo for the game in Vaduz.