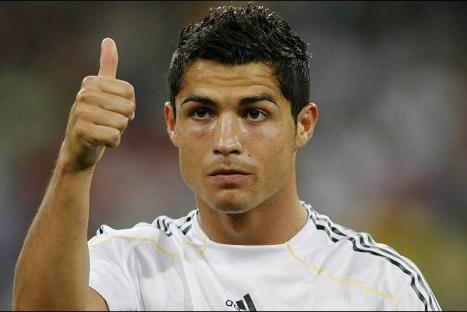 Portuguese International winger Cristiano Ronaldo scored his first Real Madrid goal and shouted that he is getting better and better!

The ex-Manchester United winger opened the scoring in Real’s 4-2 friendly win over LDU Quito of Ecuador. Ronaldo was brought down for a penalty before stepping up and slotting home.

Ronaldo told reporters that it is not always possible to make plays like that because your opponents don’t let you.

Ronaldo also said that it is an objective achieved for him but the most important thing is getting in form and playing game by game and improving every aspect of his game.

Ronaldo will face his first big Bernabeu test when Real take on Juventus next and the superstar said that the game against Juventus is important with regards to the clubs preparation for the league, which is the most important thing.

He also said that the players are getting to know each other better and this is a positive thing. He also revealed that the coach is testing things out and the players need to respect that and that everyone have to be calm.