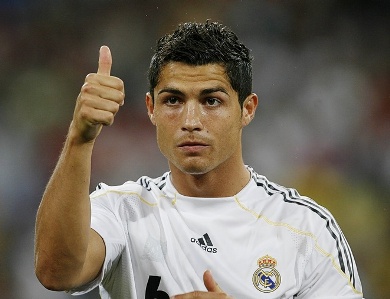 World football superstar Cristiano Ronaldo could be heading back to Old Trafford when the Champions League draw is held in Monaco today.

This is because Spanish giants Real Madrid, are ranked as second seeds in today’s 5pm draw and that means they could be in the same group as Manchester United or any of the other English clubs.

Real Madrid however have dropped into the second tier after failing to go beyond the second-round for the past five years.

That makes them the side everyone wants to avoid after spending a staggering £200million this summer on ex-United star Ronaldo, Kaka, Xabi Alonso and Karim Benzema.

Lyon, Inter, Juventus and Porto are also among the second seeds.