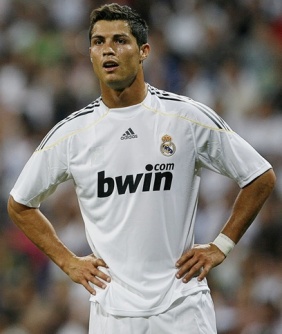 Spanish giants Real Madrid have admitted that superstar winger Cristiano Ronaldo is suffering nerves trying to live up to his £80million price tag.

Ronaldo has had an unremarkable start to his career as a Real Madrid player since moving from Manchester United for a world record fee in the summer.

The Portugal international playmaker scored from the spot in his side’s first league game, a 3-2 victory over Deportivo la Coruna but also clearly missed several chances.

Real Madrid sporting director Jorge Valdano said that Ronaldo might be nervous because he is a very good professional and he always tries to be the best but Ronaldo will have to play a couple of games and then he will see who he really is.

Valdano also added that Ronaldo needs a bit of time to adapt, just like what happened when Zinedine Zidane moved here to Real Madrid.

Zidane arrived from Juventus in 2001 for a then world record fee of £46m but went on to fulfil his potential and Valdano is very sure that Ronaldo, who had a low-key pre-season, will do the same in time.

He added that he liked Cristiano in the first league game as he scored, even though it was from the penalty spot, and he had a couple of good moves.