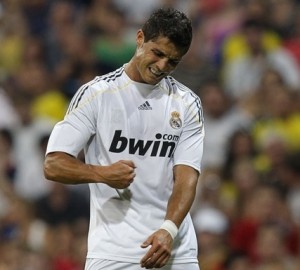 Real Madrid’s director general Jorge Valdano has revealed that superstar winger Cristiano Ronaldo is so driven by success that he gets anxious about his performances on the field.

Valdano, who was speaking to reporters in an interview said that Cristiano Ronaldo is a very ambitious player and he suffers genuine performance anxiety.

Valdano also said that Ronaldo always wants to show who he is on the field but Brazilian play-maker Kaka is more tranquil.

Valdano added that Cristiano Ronaldo charges himself with responsibility.