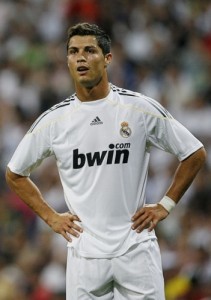 Real’s record signing scored twice against the French club but was felled by defender Souleymane Diawara in winning a second-half penalty and had to be replaced by Gonzalo Higuain.

Manager Manuel Pellegrini told a news conference after the victory at the Bernabeu that Ronaldo has some swelling and that the Real Madrid medical team will have a look at it.

Pellegrini added that the state of the ankle shows that Ronaldo took a hefty knock in the penalty incident and that it is too early to say whether Ronaldo can play against Sevilla on Sunday.

Portuguese international winger Ronaldo, who has five La Liga goals already this season and four in the Champions League, will have tests on Thursday to determine the extent of the injury and has been doing some gym work.


Lampard Reveals That Chelsea Will Be Ready For Liverpool