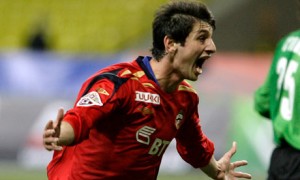 More Real Madrid news are in and it has been reported that Real are closing in on CSKA Moscow winger Alan Dzagoev.

Local Spanish newspapers have reported that Real Madrid are laying the foundations to launch a bid for the 19 year-old Russia international in January.

After being convinced of his talent in recent months, Real GM Jorge Valdano has now posted scouts to watch Dzagoev in every game leading up to the winter market.

Ironically, since former Real coach Juande Ramos’ arrival, Dzagoev has thrived, having been voted man-of-the-match for the past three games.