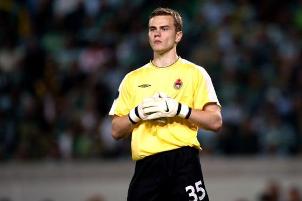 Sensational transfer news are out and it has been reported that Russian club CSKA Moscow is ready to sell goalkeeper Igor Akinfeev to Manchester United.

Local British newspapers have reported that CSKA Moscow are prepared to let Manchester United speak to the £10million-rated goalkeeper in the January transfer window.

It is believed that Sir Alex Ferguson is keen to recruit a world-class keeper with Edwin van der Sar set to retire in May and growing doubts over Ben Foster.

Igor Akinfeev, now age 23, who has also been watched by Arsenal, made his Russia debut five years ago is one of Guus Hiddink’s emerging stars.

It is understood he would jump at the chance of moving to Old Trafford and has told CSKA he wants to speak to United in January.