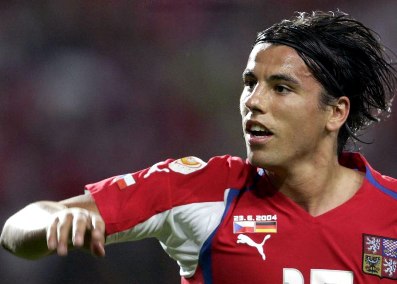 In the night’s other Group 3 matches Milan Baros struck four times to help Czech Republic give their qualification hopes a lift with a 7-0 win over San Marino.

Baros, who netted a vital late equaliser against Slovakia on Saturday, picked up where he had left off, netting a first-half hat-trick and adding his fourth midway through the second half.

Vaclav Sverkos scored two and Tomas Necid got one to complete a victory that leaves the Czechs with 12 points from eight matches in Group 3 and still with a chance of qualification.

San Marino finished the game with 10 men after Simone Bacciocchi was booked for the second time for holding up play with eight minutes to go.

Slovakia top the group with 19 points from eight matches, while Northern Ireland have 14 points from nine games.