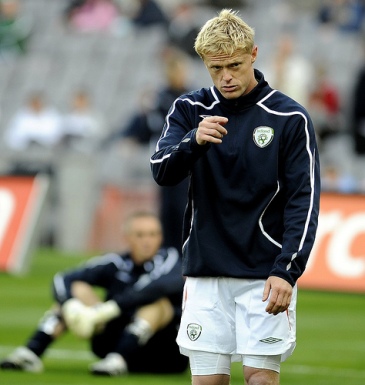 However, the fee for the Republic of Ireland winger has not been disclosed, but it has been confirmed that Duff, now age 30, has signed for three years with Fulham.

Duff joined Newcastle from Chelsea during the summer of 2006, and went on to play 86 times, scoring six goals, the last of which came in the opening match of the Coca-Cola Championship season at West Brom.

Duff released a statement on Fulham’s website saying that “I am happy that my move to Fulham has been completed and look forward to joining in with the rest of the squad’s training programme immediately in preparation for two important home matches this week,”

He also added that “Fulham had a fantastic season last year and I know that having spoken to the manager in recent days that the club’s ambitions remain high and I am looking forward to the challenges ahead.”


Zlatan To Debut For Barcelona In The Match Against Manchester City