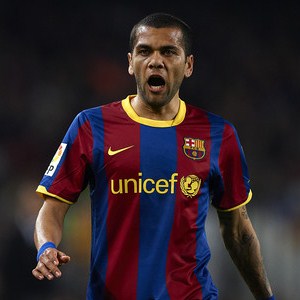 The never ending contract haggle between Barcelona and Dani Alves has finally been resolved.

The Brazilian international right back has reportedly agreed to extend his deal with the Spanish league leaders until 2015, dashing the hopes of suitors across Europe.

A statement from the Barca website read : “Barcelona have announced that they have reached an agreement with Dani Alves to extend his contract with the club for three more seasons until June 30, 2015,”.

The pacy 27-year-old Brazilian, who played at last year’s World Cup finals in South Africa and is one of the most popular players with fans of the Catalan club, was linked in the media with a move to Premier League Manchester City.

Neymar Out For Four Weeks With Ankle Injury