Daniel Agger Out Injured For Another Six Weeks 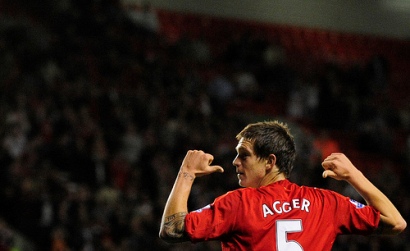 Liverpool central defender Daniel Agger will travel to France for back surgery next week and is likely to be out for six weeks, and will definitely miss Monday night’s clash with Aston Villa at Anfield.

The Liverpool defender has missed the first two Premier League games of the season, having been troubled with the injury all summer. Liverpool have been severely stretched with Martin Skrtel also sidelined because of a jaw injury.

However, manager Rafael Benitez drafted in Greek international defender Sotirios Kyrgiakos from AEK Athens for £2m on Thursday to strengthen his squad and the player should be available to make his debut in next Monday night’s game against Aston Villa.