David Beckham Brings Marketability And Viewership To The MLS 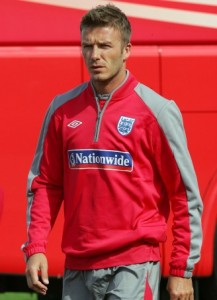 It has been revealed that LA Galaxy and England star David Beckham has been a hit for MLS since arriving in 2007.

The England international has had his fair share of criticism, mainly in recent times for on-field incidents, but it is hard to deny the way in which he has put soccer in the USA on the map.

Toronto FC veteran Nick Garcia believes the move to get the ex-Manchester United and Real Madrid star to the league was an important one.

He said that the people in charge at the front office in New York were smart about the whole Beckham package and what he could bring to the league.

Garcia added that bringing Beckham is not only for his soccer ability, but also for his marketability and the viewership Beckham commands.

Dwayne said that due to the low-paying salaries, a lot of people look down on the MLS, however Beckham has brought the attention and shown that there is talent in the MLS.

Despite the fact Beckham is keen to return to Europe, there is no doubting the fact he has made a positive impact on the game in North America.


Owen Hargreaves Back In Training