David Beckham Confident He Will Return To AC Milan In November 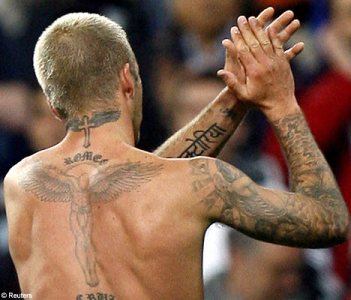 World football superstar David Beckham has fanned the flames in his row with LA Galaxy’s fans by admitting he is confident he’ll be back at AC Milan next season.

The England midfielder had a furious bust up with supporters in Los Angeles this week during a friendly with the Italian giants, with whom he spent six months on loan last season.

He told the Rossoneri’s website that he will make a return to Serie A at the end of the MLS season but Milan vice-president Adriano Galliani has insisted the club won’t be buying him.

Beckham said that he hopes to return to play for AC Milan. He also added that the club have remained in his heart and he is confident that he will greet them again in November.

Milan vice-president Galliani told reporters that there is no possibility for David Beckham to come sooner. He also added that David knows that the doors of Milanello are always open for him and his lawyers knows that too. He also stated that he hopes that Beckham would return in January, but not before then because that is when the market reopens even though Beckham finishes at the MLS at the end of November.

Galliani also added that there are insurmountable financial obstacles and the most likely hypothesis is that Beckham plays for Milan from January until the end of the season and then returns to America without all the fuss that happened last March.