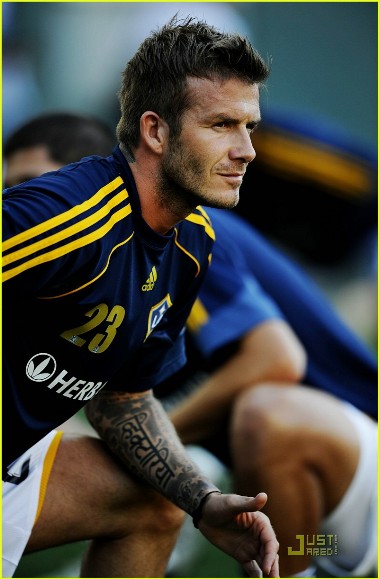 World soccer superstar David Beckham has said goodbye to any hope of returning to the Premier League.

The England international midfielder, who won his 113th cap in the 2-2 draw with Holland, is pinning his hopes on a move back to AC Milan when the MLS season ends in October.

When asked if he could return to the Premier League, the LA Galaxy star, now age 34, said “No” and revealed that he enjoyed his time at Milan and that the club wants him to come back. Beckham also went on to say that AC Milan is one of the best clubs in the world.

Beckham who had been linked with a possible move to Tottenham or Chelsea, knows that he must be playing top-flight European football this winter to have any chance of being in the World Cup squad next summer.

Arsene Wenger Believes In Arsenal And Its Young Players