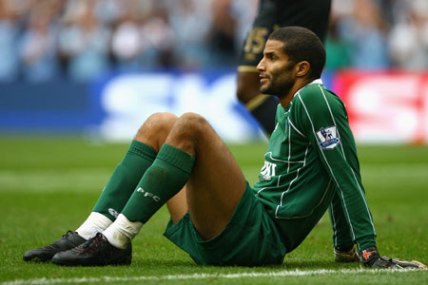 Portsmouth goalkeeper David James has revealed that players and staff at Fratton Park have been worried about the club going into administration following uncertainty over a potential takeover.

Sulaiman al-Fahim was in the directors’ box for the Barclays Premier League defeat to Fulham but a change of ownership has not been completed almost three months since Pompey announced his offer had been accepted.

James added that hearing that dreaded word “administration” attached to a Premier League club, albeit speculatively, is unprecedented in this division and hearing it in association with your own club is much worse.

The former England international goalkeeper also added that the English Premier League is supposed to be bulletproof but over the summer months, as Portsmouth began to sell its players, those left in the dressing room couldn’t help looking round and wondering who will be next.

Jermain Defoe, Lassana Diarra, Glen Johnson and Peter Crouch are among the players who have been sold since January, leading James to suggest “the numbers just don’t seem to stack up”.

The irony of Pompey’s shirt sponsor being recruitment website Jobsite has not been lost on James.

“As players and staff queried the security of their employment, it was an uncomfortable irony that Jobsite.co.uk were our new shirt sponsors when Canterbury, who make the kit, went into administration last month,” he added in his Observer column.