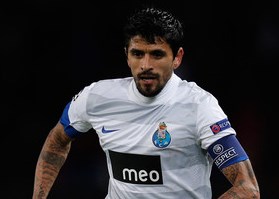 It is said that Moyes took in Porto’s Champions League game at Atletico Madrid last week.

The Telegraph says the Scot was assessing the fitness and condition of Gonzalez, the experienced Porto midfielder who he twice attempted to sign as Everton manager.

Although he will be 33 next month, Gonzalez is out of contract at Porto next summer and his top-level experience could see him solve a short-term problem for United, and ease concerns over securing a top four finish, before more forward-thinking moves are made next summer.