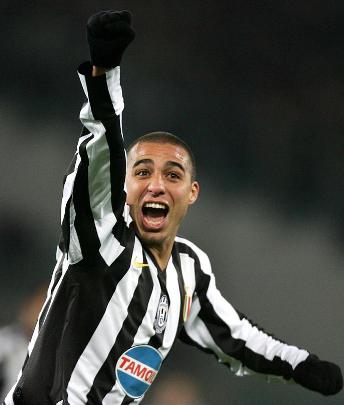 Former France international striker David Trezeguet has revealed that he plans to leave Serie A club Juventus at the end of the season and the player told reporters that he has decided to end his adventure at Juventus in June.

The 31 year old striker said that he spoke about it to his family first and they decided to return home. He also said that he does know whether to go to France or Argentina and said that it is the right time to leave Juventus after spending 10 years at the Serie A club.

The striker, part of France’s victorious 1998 World Cup team and Euro 2000 campaigns, joined Juventus from French club Monaco in 2000 and he won the 2002 and 2003 Serie A titles in Turin and his goals helped the club back into the top flight after they were relegated and stripped of two league crowns in 2006 for their part in Italy’s match-fixing scandal.

Trezeguet was heavily linked with a move to AC Milan in the close season after falling down the pecking order under former coach Claudio Ranieri last term but he said he could not betray Juventus by moving to their Serie A rivals.

New boss Ciro Ferrara did not field Trezeguet in Juventus’s victories in their first two league games this season but the Frenchman remained upbeat.

The striker said that he hasn’t played much up to now, but believes that his time will come. He added that the bench is a stimulant for him to train hard and to give his all. Trezeguet said that he is going to enjoy this season and that he doesn’t feel cast aside.