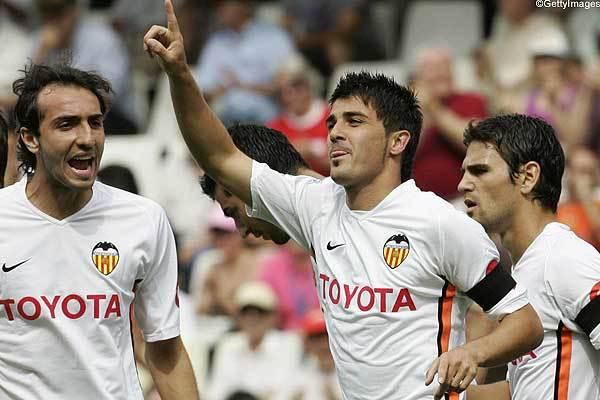 Breaking transfer news are out and it has been reported that David Villa will decide between Chelsea and Real Madrid this week.

It has been reported that Blues sporting director Frank Arnesen and Real counterpart Jorge Valdano are in Valencia to thrash out their proposals with the striker’s club and his agent.

Reports suggest that Chelsea are ready to offer a £38million cash deal while Real are hoping to lure him with a bid of £24m plus striker Alvaro Negredo.

It is a wide known fact that Villa, 28, who has already turned down a megabucks move Manchester City, is thought to favour a move to Madrid for family reasons.

His striker’s agent said to the local media that the key here is not just the money being offered but the sporting ambition of the club. The agent also added that David Villa has never been interested or motived by money.


Cristiano Ronaldo the next target of Real Madrid