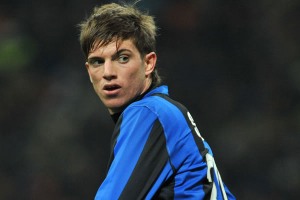 Davide Santon has cast doubt on his future at Inter Milan as he chases a place in Italy’s World Cup squad.

Santon said that he hopes to take part at the 2010 World Cup and that he would love to go to South Africa and he wishes to do it as an Inter Milan player.

Santon also said that he does not want to leave because he is comfortable At Inter but it will be up to the club to decide his future.

Santon also said that Cannavaro told him that he must play regularly if he wanted to play for the the Italian national team.

Santon said that Cannavaro was right because when there is no chance to play in the current team, the player will need to find experience elsewhere.

The player also said that Inter manager Mourinho has faith in him. Santon admitted that he made few a errors but said that he is trying his best.

He added that he knew it was going to be difficult this season with Inter Milan but said that he is sure that he will find his way. 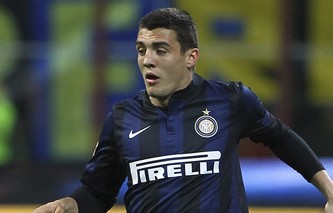