Deco Wants To Show Fans What They Have Been Missing 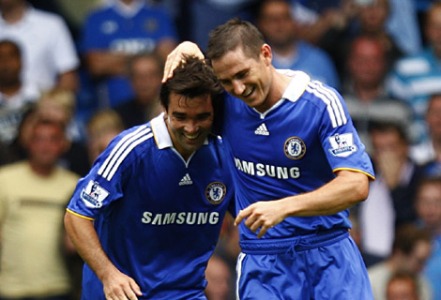 Unsettled Chelsea midfielder Deco has revealed that he is happy to stay at the club after showdown talks with new manager Carlo Ancelotti.

It was reported that the Portugal international was expected to leave the Blues this summer, but failed to seal a move to Inter Milan and now claims he will give his all for the cause this season.

Deco revealed that he has had a talk with the new manager and that they talked a lot about the game, about what the manager thinks about the team and tactics.

Although Deco flourished early on last season a succession of injuries hampered the Brazilian-born star’s form and now the 31-year-old midfielder is hoping to stay injury-free this time around and believes that it will give him the chance to show fans what they have been missing.

Deco also said that the last season was very difficult for him as he had many injuries. He added that it is worse when you recover and get fit again and another injury after that. However Deco hopes that this season will be different from the last one and he is happy to play.

Deco also ended by saying that he hope to show the fans what he can do. He then said that he is happy to be at Chelsea as it is a good club and the atmosphere around it is good.