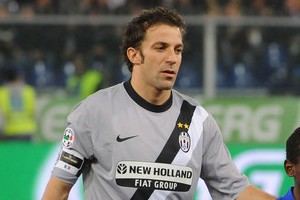 Del Piero saw Sampdoria striker Antonio Cassano hit the only goal of the game in the 1-0 defeat.

Del Piero told reporters that : “We had a good half hour, we played even better than them, then we felt the fatigue from the labors of the Europa League, also it had hurt us psychologically,”

He then went on to say that : “Last week we took a step backwards.”