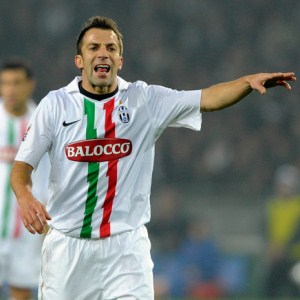 Juventus veteran striker Alessandro del Piero has declared that he is keen to play on with the Turin giants next season.

Del Piero’s current contract expires in June and despite speculation he could move abroad, the captain is eager to stay on with the Bianconeri.

It is believed that the Juventus management also has the same intention and are expected to sit down with Del Piero’s brother, Stefano, to thrash out terms over a new 12-month deal before Christmas.

Del Piero’s big ambition is to lead Juve into their new stadium before hanging up the boots and taking a front office job with the Bianconeri.

Drogba : I Learned A Lot From Andriy Shevchenko!