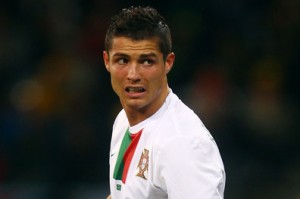 Hello to all TFM readers.

I came across this video on Youtube this morning of football superstar Cristiano Ronaldo allegedly spitting at the camera after the match between Portugal and Spain.

As we all know, Portugal was knocked out of the 2010 World Cup by Spain in a tightly contested match that ended 1-0 after David Villa scored the winner at the Green Point Stadium in Cape Town South Africa.

This particular incident happened at the end of the match when the Spanish players were celebrating their victory while the Portugal players were walking off the pitch .

As the cameraman confronted an unhappy Cristiano Ronaldo, it appeared that the ‘Portuguese Peacock’ blatantly spitted at the camera in disgust and frustration.

So, what do you guys think? Did the Real Madrid star purposely spit at the camera? Check it out for yourself and tell me what you think. 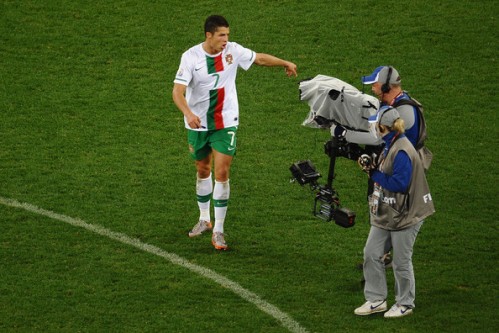 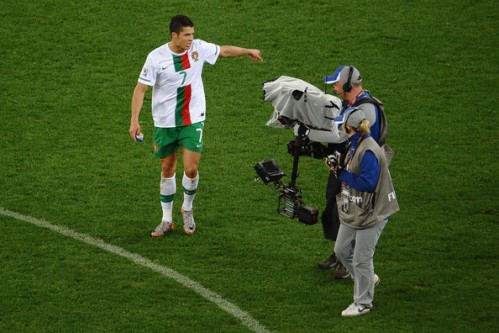 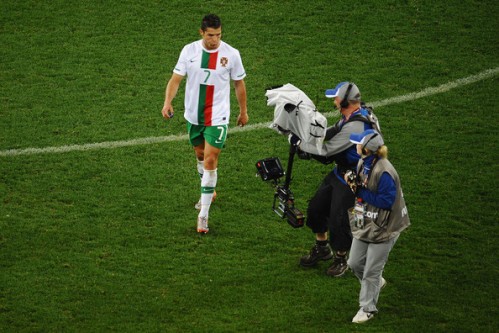 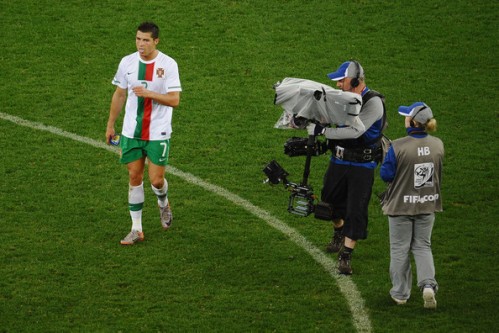