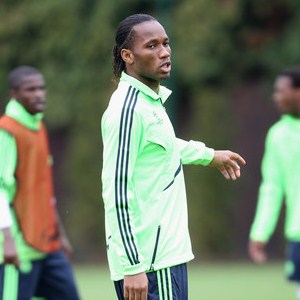 After their 3-0 loss to Sunderland, Chelsea striker Didier Drogba has revealed that he is desperate to get back to his best.

The Ivory Coast international star has not been fully fit recently following a bout of malaria and he thinks that he will be back to full fitness in two weeks’ time.

Drogba told the News of the World that : “It’s not nice for me to be on the pitch and not feel 100 per cent, not be able to give what I was giving at the beginning of the season and last season,”.

“But the important thing now is to get back to that form. Sure, it has been a bit frustrating because I’ve had fever and colds.

“I’ve been sweating, been sick for four weeks. In a couple of weeks, I should be back at full strength.”