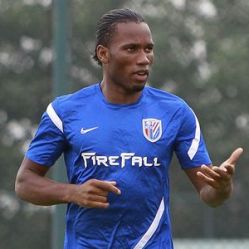 Reports have emerged that the future of Chelsea legend Didier Drogba remains clouded at Shanghai Shenhua.

With the club in the middle of an ownership row, there’s speculation that the Ivory Coast international could become available due to financial constraints.

Marca claims that representatives offered Drogba to Real Madrid yesterday, though the Spanish giants turned them down.

Should the Ivorian become available, he’ll be the hottest free agent in the game with the likes of Manchester City, Tottenham and PSG all sure to be interested in bringing him back to Europe this year.