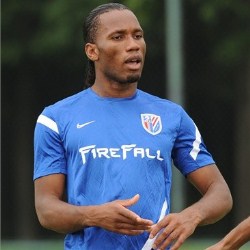 According to France Football, the Italian giants made a concrete offer to the Chelsea legend on Friday, only for the striker to re-commit himself to Shanghai Shenhua.

The 34-year-old moved to Shanghai Shenhua in June after he reportedly signed a two-and-a-half year deal worth £200,000 a week.