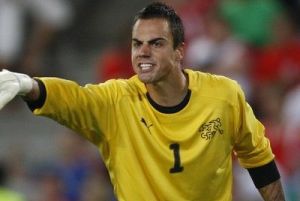 Swiss keeper Diego Benaglio has agreed a one-year contract extension with Wolfsburg that will keep him with the Bundesliga champions until 2013.

He added that Wolfsburg is happy to have agreed an extension with a key player.

The 26-year-old goalkeeper, who joined Wolfsburg in 2008, is one of several starting players to have extended their deals with the club.

Other players who have committed their future with Wolfsburg includes team captain Josue, strikers Edin Dzeko and Grafite and playmaker Zvjezdan Misimovic.