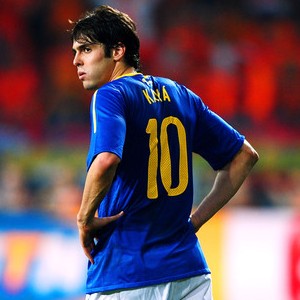 The doctor of Real Madrid star Kaka has revealed that the midfielder risked his career by playing in the World Cup with Brazil.

The Real Madrid playmaker underwent an operation in Belgium on Thursday to repair a meniscus injury after complaining of pains in his knee at the club’s pre-season training camp in Los Angeles.

A routine medical check revealed the player would need arthroscopic surgery and Kaka flew straight to Antwerp on Wednesday night for the procedure.

The doctor who performed the surgery, Marc Martens, knew straight away the injury was serious.

“As soon as I saw him I could tell it was serious,” the specialist told Marca. “His career has come under serious danger.”

Martens believes Kaka pushed himself too hard in South Africa.

“He started playing with some niggling injuries and ended up with unbearable pains,” he said.

“I understand that it’s a unique competition and that there was pressure, but he pushed himself much too hard against Holland and Chile. He admitted he was in a lot of pain.”

Martens claims the injury could have spelt the end for Kaka as a professional footballer.

“It could have finished his career because it’s a very serious injury – it could have destroyed him,” he said.

“But thank God he has had the operation at the crucial moment and everything has turned out wonderfully,” he said.

The news is less wonderful for Madrid, however, with the player set to miss three to four months as he recovers from the surgery.