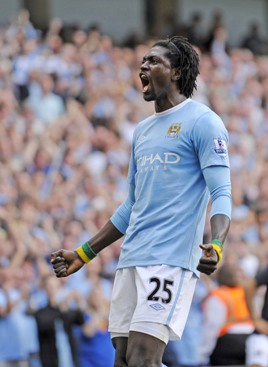 Manchester City’s £25million strike ace faces his old club for the first time at Eastlands today and Gunners boss Wenger has said that he wants all former players to be respected.

Wenger added that these players have done fantastic things for the club and that they should get our full respect for that.

Wenger, who was verbally abused by Manchester United fans at Old Trafford last month, added that Manchester City has got a great striker and that Arsenal got a reasonable price.

However Manchester City boss Mark Hughes believes that Adebayor, now age 25, is angry at the way Arsenal fans treated his summer signing and said that Adebayor is upset and that something that has affected him quite deeply.

Hughes also said that Adebayor has no problem with Arsenal Football Club itself because he sees it as a huge part of his football life but he cannot understand why the Arsenal fans turned against him.