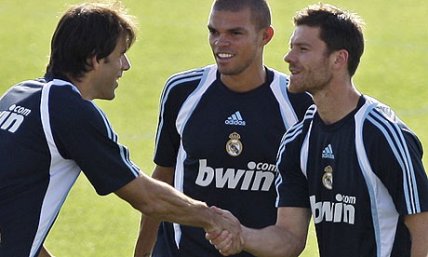 Real Madrid midfielder Xabi Alonso has revealed that he is shocked by Liverpool’s sorry start to the season but insisted that he is not to be blamed.

The Spanish international playmaker, now at Real Madrid after a £30m move, is seen by Anfield diehards as the missing link following defeats by Tottenham and Aston Villa.

Even more so as his replacement, Alberto Aquilani, will not be fit for six weeks.

Fans point to the fact that during Alonso’s four seasons with the club, spanning 143 Premier League games, Liverpool’s win rate with him in their line-up was 59 per cent against 49 per cent without him.

Alonso, age 28, said that Liverpool’s bad start to the new Premier League season is not normal and believes that his exit has not been that decisive.

Alonso said that players are not that indispensable and these are only the first moments of the season. He is that convinced that the team will recover.


Wenger Tips Eduardo To Have A Massive Season With Arsenal