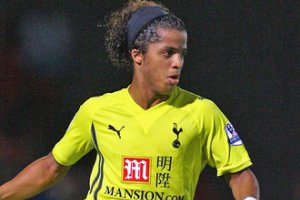 Giovani Dos Santos is determined to force his way back into boss Harry Redknapp’s plans at Tottenham once he shakes off an ankle injury.

The Mexican international forward has endured a troubled time at White Hart Lane since completing an eagerly-anticipated switch from Barcelona in the summer of 2008 and now the 20-year-old is determined to prove his worth in the Premier League once he regains full match fitness.

Dos Santos told reporters that he has had a scan on his ankle and is hoping that he can get back playing football in a couple of weeks.

Dos Santos also said that it is very frustrating that he got a start but had to come off after just 15 minutes. He added that he really wants to show what he is capable of doing on the field.

He added that he is not saying that he should be chosen ahead of Jermain Defoe, Peter Crouch or Robbie Keane but that he has been in good form, doing well at training and waiting to take any opportunity.

Dos Santos went on to say that Harry Redknapp is a great manager and hopes that the manager will give him some more minutes on the pitch when he is fit.

The player added that he is much stronger mentally and physically this season.