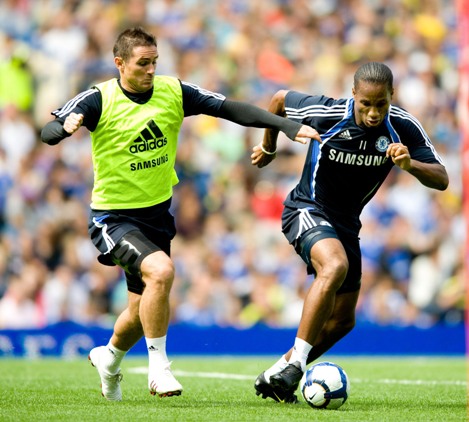 It has been reported that Didier Drogba has set his sights on a century of goals for Chelsea as Carlo Ancelotti’s side sit proudly on top of the Barclays Premier League.

Chelsea destroyed top-flight newcomers Burnley at Stamford Bridge on Saturday with a performance full of fluidity, style and pace.

Didier Drogba, who has already hit three goals so far this season, created the first goal for Anelka on the stroke of half-time and was unlucky not to add to his Chelsea career tally of 97.

The Ivory Coast international is determined to reach 100 goals after ending speculation about his future by signing a new contract extension in the summer.