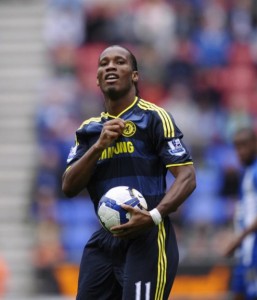 Interesting news are out and it has been reported that striker Didier Drogba has told Chelsea boss Carlo Ancelotti to sign midfielder Patrick Vieira in January.

Chelsea have appealed against their 18-month transfer ban and Drogba wants Ancelotti to move in for Inter Milan veteran Vieira if the appeal is upheld.

He told reporters that it would be a good move for Chelsea to bring Patrick Vieira as the team is set to miss several players in January, particularly in midfield, because of the African Nations Cup.

Drogba added that he played against Vieira last summer and that he was very strong.

It is believed that Ancelotti sees Vieira as the perfect replacement for Michael Essien and John Obi Mikel when they are away on international duty.