Dubai Based Businessman Sulaiman Al Fahim To Take Over Portsmouth 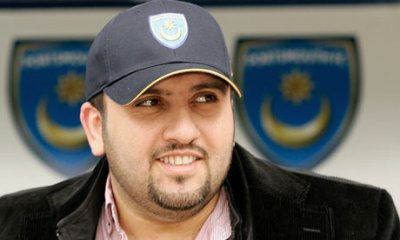 Sensational news are out and it has been reported that Dubai-based businessman Sulaiman Al Fahim has been given the green light to complete his takeover of Premier League club Portsmouth after passing the Premier League’s stringent fit and proper persons test.

It is believed that businessman Al Fahim struck a deal to buy the Fratton Park club from current owner Alexandre Gaydamak in late May before entering a period of legal and financial due diligence and the Premier League announced today that Al Fahim had been cleared to complete his purchase of the club.

A statement from the FA said that the Premier League can confirm that Mr Al Fahim has submitted all the documentation required to satisfy our fit and proper persons test and based on the information provided, the League has found no reason why Mr Al Fahim would be liable to be disqualified as a Director of a Premier League club.

The statement also said that accordingly Portsmouth FC has been advised that his appointment may proceed as planned. It was also added that as with all changes in club ownership, the Premier League will continue to monitor any material changes in circumstances.