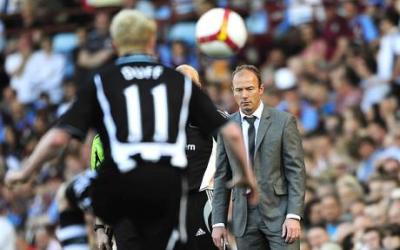 More football news are out and it has been revealed that Damien Duff is keeping his fingers crossed that club legend Alan Shearer will eventually be appointed as the Newcastle manager.

The 30-year-old Republic of Ireland international winger is convinced that the former Magpies skipper, who took charge for the final eight games of last season, is the only man for the job.

He also added that the training was great and there was proper professionalism and discipline at the club. Duff believes that discipline was lacking over the last three years, but Shearer came in and changed things.

Duff also said that anyone who does come in and decides to buy the club, they should seriously consider Alan Shearer to be the main man.

Dubai Based Businessman Sulaiman Al Fahim To Take Over Portsmouth