Edinson Cavani : I Can’t Slow Down! 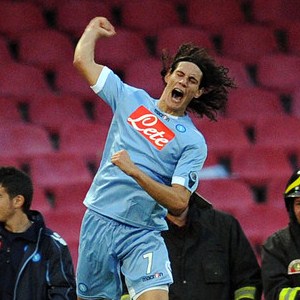 Napoli striker Edinson Cavani has revealed that he has so much more to offer to the club.

The 23-year-old Uruguay international has made a sensational start to his career at the San Paolo, scoring 11 goals in 18 matches.

Cavani said : “Playing in South Africa with Uruguay was the best thing that could have happened to me. But thanks to God things are also going well in Italy,”.

“I am keeping my feet firmly on the ground. I know very well that in football there are favourable moments and some that are less so.

“Now the goals come naturally to me. There is a period when you manage to do everything simply and others in which it becomes complicated.

“I am trying to exploit it fully. I can’t slow down. 2010 is going really very well. But who’s to say that the next year won’t be even better?”