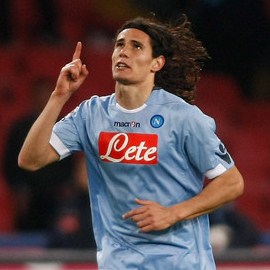 The Uruguay international striker was asked to reveal the effect comparisons with Maradona’s impact have had on his career at San Paolo.

“Diego is unique. Diego is a very difficult player to imitate as a football and as a person, so I never compare myself to Diego because he was an idol here and like the Neapolitans says, he was a God for this city.

“I am thinking about giving the maximum and leaving a mark both in people’s memories and in Napoli’s history.”