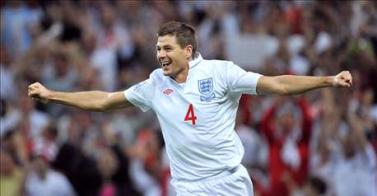 England booked their place at next summer’s World Cup with an impressive 5-1 win over Croatia at Wembley.

A brace each from Frank Lampard and Steven Gerrard maintained England’s 100 per cent record in Group 6, while at the same time booking them a place in South Africa with two games to spare.

Eduardo scored a late consolation for Croatia before Wayne Rooney added England’s fifth, after Croatia keeper Vedran Runje sliced a clearance into his path, leaving Slaven Bilic’s side to now battle for second spot with Ukraine.