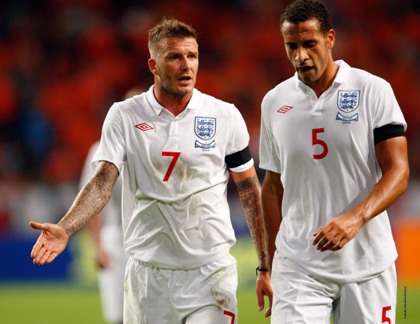 England international midfielder David Beckham has said he believes England can win the World Cup in South Africa under the guidance of manager Fabio Capello.

Beckham, the former captain of the England national team, has heaped praise on the Italian’s work so far and spoken with confidence over his side’s chances in South Africa.

Beckham said that Capello has changed the mentality of the players. He also said that it reflects in the way the players prepare themselves, the way they spend the week together which is very serious and very concentrated.

Beckham also said that it is working because the players are not just winning games but are together and that the manager has given the players confidence.

Beckham went on to say that he believes that England has got a chance in South Africa if the team plays like how it has been playing and have the togetherness that was shown all the way through the qualifiers.

However Beckham also added that the team will need a certain amount of luck along the way but also said that England have got the players and the team to get the job done.

Beckham finally said that everything is set up right and that it is down to the players to perform.

Fraizer Campbell Backs Turner To Be A Success At Sunderland


Ballack Will Decide His Future After The 2010 World Cup