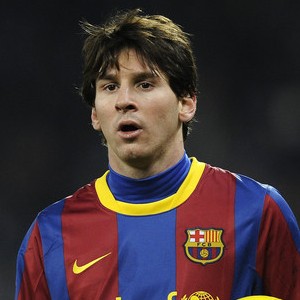 So what do you do when your team-mate has just scored a goal for the team? You slap him in the face!

Manchester United striker recently slapped his team-mate Anderson after the Brazilian had scored a crucial goal for the Red Devils and it has happened again, but this time in Barcelona.

Argentine superstar Lionel Messi was at the wrong end of things when he got a tight slap from team-mate Eric Abidal. It was totally unfair as Messi was not the goalscorer.

The slap was actually meant for Barcelona striker Pedro but the diminutive forward unfortunately walked into it and took it like a champion.