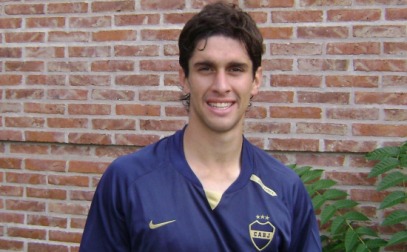 Transfer news from Spain is out and it has been reported that Espanyol are close to completing the signing of Argentina international Juan Forlin from Boca Juniors.

The Barcelona-based club have confirmed that they have reached an agreement with Boca for the 21-year-old defender and are waiting on the relevant documentation to be processed in order for the deal to be finalised.

Forlin, who will pen a five-year contract with the Primera Division outfit, will become Espanyol’s sixth signing of the summer after Ivan Pillud, Facundo Roncaglia, Joan Verdu, Shunsuke Nakamura and Ben Sahar.

He has so far played 27 games and scored twice for Boca Juniors. Juan Forlin was a part of the youth set up in Real Madrid before moving back to Boca Juniors.

Wenger Tips Eduardo To Have A Massive Season With Arsenal