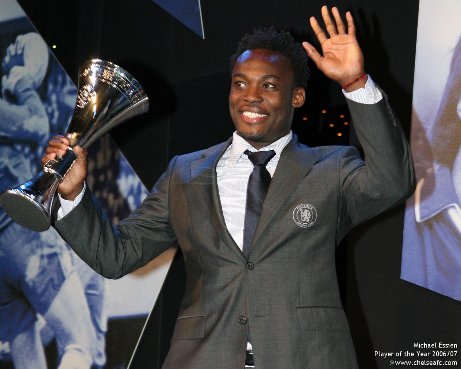 Chelsea have reached five semi-finals and one final in the last six years and are desperate to win European football’s top trophy and now Essien believes that the Italian coach, who had won two Champions League titles with AC Milan, has all the credentials to lead the Blues to glory in Europe.

Essien revealed that the players are already enjoying his company and methods and also said that everyone knows Chelsea have been in five Champions League semi-finals in six years and one final.

Essien also added that Chelsea is desperate to win the biggest trophy in club football and he strongly believes that Ancelotti can help Chelsea do it. Essien went on to say that Ancelotti has been there, done it and got the shirt for it and Chelsea is already getting the vibe from him.

Essien ended by saying that the squad has been together for a long time and all the players are all yearning and hungry for more trophies.


Cesc Fabregas To Remain With Arsenal