Esteban Cambiasso Out With Knee Injury 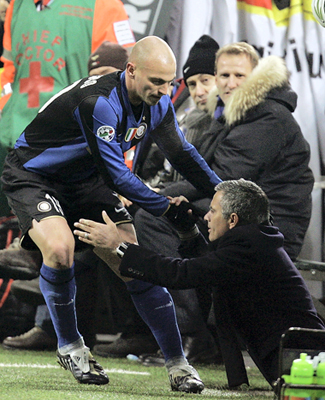 Inter Milan’s Argentine international midfielder Esteban Cambiasso has suffered an injury and will need surgery after injuring his knee in a friendly tournament.

Inter Milan released a statement which read “The results of tests showed Esteban Cambiasso suffered an injury to the lateral meniscus of the right leg,” and “Inter’s medical staff will perform an arthroscopic operation, which will be scheduled in the next few days.”

It is believed that Cambiasso suffered the injury playing in a 45-minute match against Juventus on Friday, which the Turin side won on penalties after a 1-1 draw.

This news comes as a big blow to Jose Mourinho’s side as Cambiasso has consistently been one of Inter’s best players since signing from Real Madrid in 2004, helping them notch four consecutive titles